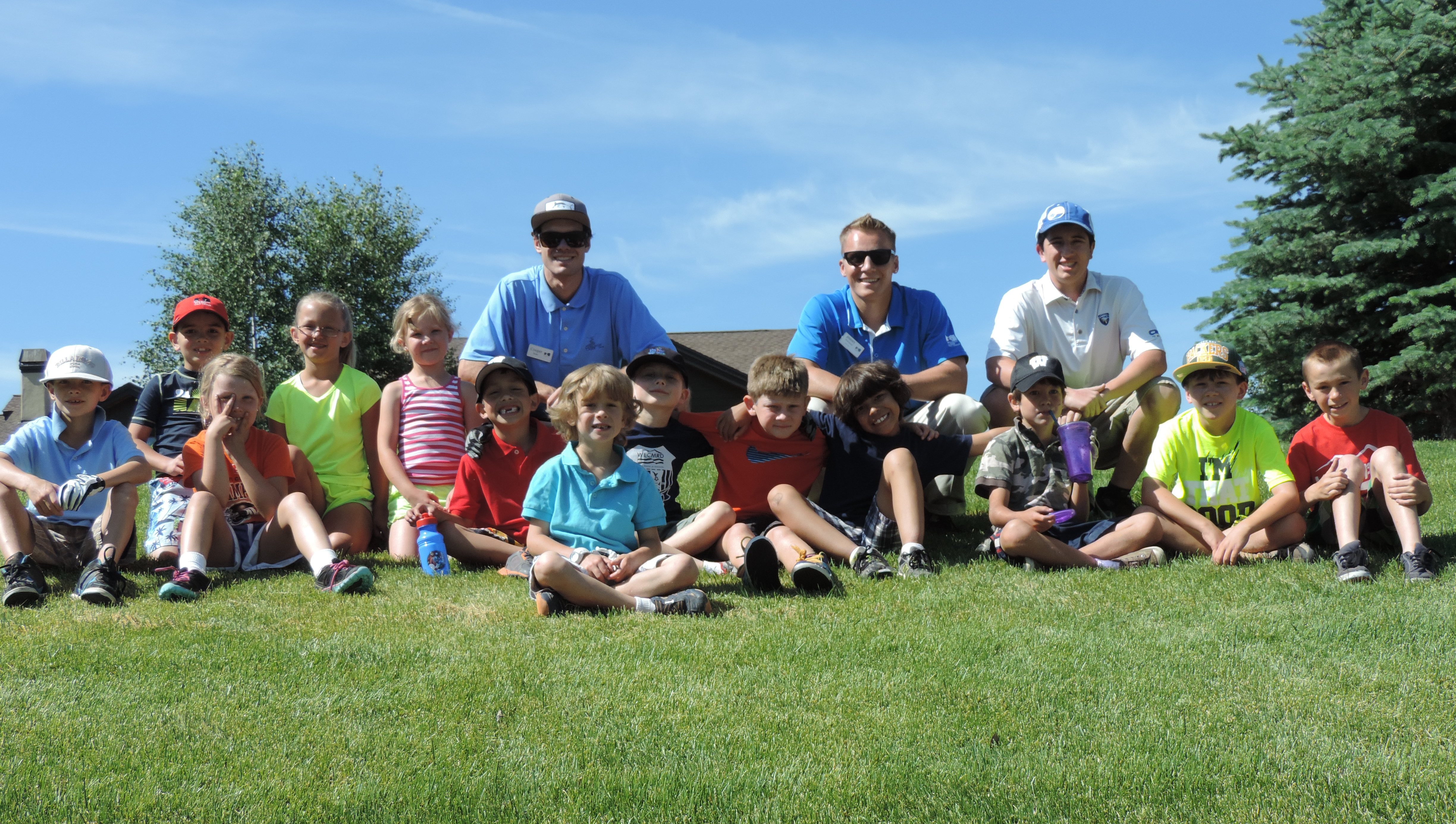 A Breakthrough Solution to Reach 10,000 Children

The First Tee is a US-based organization whose mission is to impact the lives of young people by providing educational programs that build character, instill life-enhancing values and promote healthy choices through the game of golf. The Denver, Colorado chapter, The First Tee of Denver, currently works with 6,500 children, but has an ambitious goal to expand its reach. By 2020, they want to help 10,000 kids. Tiffany Maurycy, CALC, started to work with First Tee of Denver as a strategy and performance improvement consultant. But when she discovered Action Learning and became certified as an Action Learning coach, she threw out the agenda she had prepared for the first meeting with the team, and decided on using Action Learning instead. And this evolved into a 6-month Single Problem Action Learning program.

By using Action Learning to look at this challenge, the team realized that the solution they had in mind – growing by recruiting more and more staff – was not feasible. A new approach of building partnerships emerged as the most powerful way to move forward. Some of these partnerships will take time to implement. But some, in particular one focusing on disabled children, was successfully implemented within a few weeks to the great satisfaction of all involved.

“I wish all meetings ran like this one. Everyone’s voice was heard and the time factor motivated us to drive to consensus and action.” – Susie, Volunteer

“I saw something new that I didn’t see as an opportunity before coming into this meeting. I also experienced the power of coming to consensus on the opportunity. I realize that we (my team & I) jump to solutions without agreement as to the problem, goal, etc.” – Paula, CEO of the First Tee of Denver

“I found writing down my idea of what I saw the opportunity [to be] as powerful. It helped me with the leadership skill I was working on which was really listening and being bold.” – Debbie, Volunteer

Cru originally learned about Action Learning through Michael Marquardt’s book, Optimizing the Power of Action Learning. Using the techniques from this book, emerging leaders were running some six-month action learning projects. After the certification program, Cru have stepped up their use of the technique across the organization. “We can take any team and help them work through obstacles that would normally slow them down. This gives them momentum to move forward faster on the things that matter most,” said DeeDee Rush, one of the organization’s Global EQ Workshop Strategy Coordinators.

“I believe Action Learning is THE WAY FORWARD to solve complex problems in Europe,” said Paul Duncan, Western Europe Leadership Development. “Action learning has become an essential learning element in developing the future generation of leadership across Agape’s work across Europe.” “What can I say? It works!! In New York our Leader Development group of six worked on “How do we build a powerful leadership pipeline to increase the number and quality of Hispanic leaders in Cru.” All were fully engaged and at the end of the session, the group helped a very shy Hispanic leader be the Presenter of the findings to the entire group!” – Barry Rush, Global EQ Workshop Strategy Coordinator, Cru

” “I love action learning! One of the great outcomes I’ve experienced from action learning is the way it makes the dynamics of a working group ‘visible’ to everyone so that the group can collectively address them and move forward. People love feeling successful and effective, and you can feel the collective energy rise as issues are surfaced and positively addressed.” – Shelly Gilmore, Western Europe Agape Leadership Development, Cru

A Birthday Party with Meaning

What do you do when you reach a life milestone like your 30th birthday? Splurge on the latest fashion craze? Feast on excessive foods and drinks? Yeye Agorilla decided to celebrate her 30th birthday in a different way. Fueled by events happening in her home country of the Philippines and inspired by Fr. Bienvenido Nebres’s and DILG Usec Austere Panadero’s call to help others at a conference she attended, Yeye decided to make her birthday celebration a meaningful one. Yeye leveraged her competencies and network to make a positive impact on some local government/non-government/non-profit organizations using WIAL Action Learning.

Yeye’s first contact with Action Learning was through a workshop she attended. She immediately realized how useful and powerful a tool Action Learning is. Through listening and asking questions, participants in the workshop helped one another have a better understanding of their problems and think of new ways to solve them. She saw the value of Action Learning as an avenue to help some groups in need, so she reached out to her network of Action Learning coaches to garner their support for her birthday project.

Now that Yeye had the key players for her birthday party on board, she then invited the usual birthday party participants: relatives, friends from school, ex-colleagues, teachers and artists. All would become team members to join as participants in the Action Learning sessions. A Facebook event page was also created to explain about the event and about Action Learning.

The birthday party was held on 21 October 2017. In that half-day session, participants and beneficiaries got to experience first hand what Action Learning is all about, and appreciate the power it has. It was an eye-opener for them. The Action Learning sessions allowed all participants to open up their minds to other perspectives and mindsets, bring meaningful insights into and appreciation for issues around the Philippines and … to make new friends.

It was a meaningful and well-spent afternoon for Yeye, her network of Action Learning coaches, her family and friends and the 6 organizations that participated. As the late United States President Ronald Reagan said, “We can’t help everyone, but everyone can help someone.” Yeye was thankful that she could make a difference to these six organizations through Action Learning, thereby giving more meaning to her 30th birthday celebration.

The Casa da Criança de Santo Amaro (CCSA) is a non-profit organization assisting children and adolescents in situations of social vulnerability. Its mission is to support the development and training of these small citizens through its three services: Institutional Reception of Children and Adolescents (SAICA), Home House and School Shift Period (CCA). The organization intends to offer a warm environment, based on respect and affection, that enables the integral development of the children and adolescents. 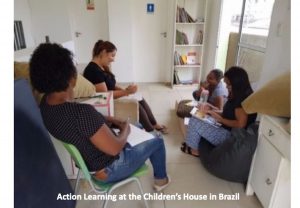 The CCSA is composed of multidisciplinary professional and volunteer teams. The management staff is formed of a President and 11 directors, all volunteers, who usually follow up the routine activities of the organization. CCSA’s main challenge is to restructure activities, establish new responsibilities and competencies, integrate volunteers into administrative decisions, identify key processes and prepare for the succession process of the board. A process of professionalization of the house management began four years ago, reducing conflicts between the Board, Staff and Volunteers.

The resources are allocated to the day-to-day issues of the entity leaving in the background investment in solutions and management alternatives. The team decided to start the Action Learning program by the CCA. As a training opportunity for Action Learning Coaches, aligned with the WIAL mission, we agreed about a project with 10 Action Learning sessions. Each session was 2 hours and took place between April and July 2017. We put focus on the group diversity with representatives of the employees, members of the board and volunteers. Beatriz, who is the current president, director in charge of human resources and the coordinator of the service participated in all the meetings.

Problems and Actions We decided to work on the problems raised by the group in each session and the problem was chosen in a democratic and consensual way. Many problems were raised, such as lack of clarity in the processes, lack of transparent rules for hiring new employees, lack of clarity regarding the role and rules for volunteers’ work, lack of information flow among the different groups of workers and staff, bad communication among staff , presidency, and volunteers. At each meeting, the problems were explored and another vision emerged, more comprehensive and involving everyone, that facilitated the generation of actions for respective solutions.

Learnings Participants described the key learning: the importance of sharing problems, listening to each other with no judgment. Sometimes, a problem has a simple solution and looking at it from different perspectives is helpful to see the solution. Participants noted their progress throughout the process and realized that nowadays the problems are discussed more naturally. Everyone related with the problem is involved in a participative way. They know that there is still a long way to go, but they have been awakened and helped to think about their own problems.

Beatriz’s testimonial (President of CCSA) Since mid-April, CCSA employees were awarded a collective coaching program called the WIAL Action Learning. A methodology for solving complex, important and urgent problems and developing leadership skills. The format is brilliant because it allows small groups to think about a real problem in a deep but objective way. From consensus on the problem or challenge, participants create a plan of action and act on what is necessary for its implementation. What fascinated me the most is the way that they approach the problems: 1- always present a real problem. 2 – the groups are composed by one or more members of each area (without established hierarchy) 3 – solutions emanate from the group and an action plan is established at each meeting. 4 – everyone can express themselves by creating an environment that is both free and respectful.

The CCSA staff experience is very productive and has brought a real change. These changes were perceived in the day-to-day life of the institution, such as when each one began to address their problems and most importantly the way in which people came to listen to the other. A genuine listening.

As part of its pro bono efforts, WIAL Caribbean assisted the contingent from the University of the West Indies Cave Hill Campus that is preparing to be on the team that will represent the university at the Harvard National Model United Nations in 2019. The group is seeking to develop leadership abilities in its members and to become a more effective team. WIAL Caribbean used Action Learning, first introducing the students to the process and then coaching Action Learning sessions with them as they worked on real-life problems they had identified earlier. The participants quickly grasped the essential elements of Action Learning and the problem presenter indicated that the session had shifted her perspectives on the problem and allowed her to see options that she had not previously considered.

Coordinator, Annika Bellot, who is also Vice President of the Students Guild said: 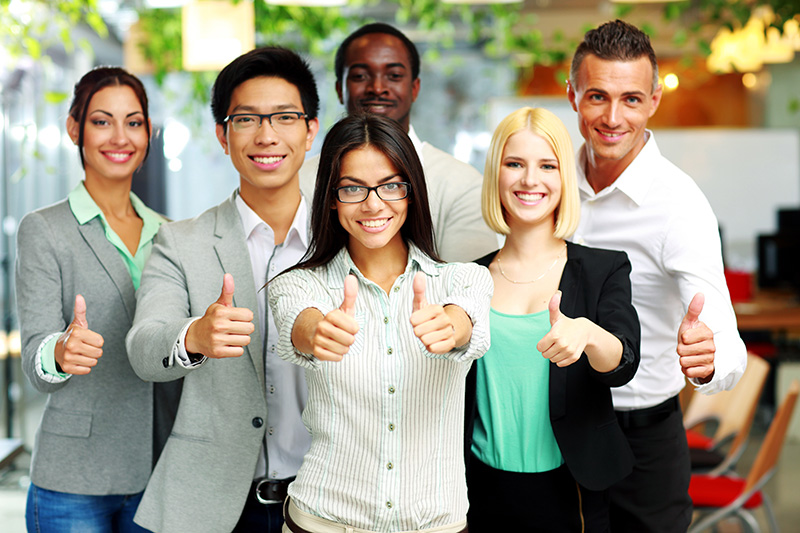